My personal production studio is in a brick backyard cabin. It is a rather small 9m² room, measuring roughly 2x4.5m. Those measurements, the position of openings, and my own preferences leave not much choice in how to organize space.

I use this studio primarily as a production room; i also record voices, mostly spoken, and low-volume acoustic things. I have no plans to record anything loud like electric guitars or drums for example. Thus i tried to find a simple and effective way to acoustically treat the room, while preserving most of its surface.

Here is a floor plan of the room : 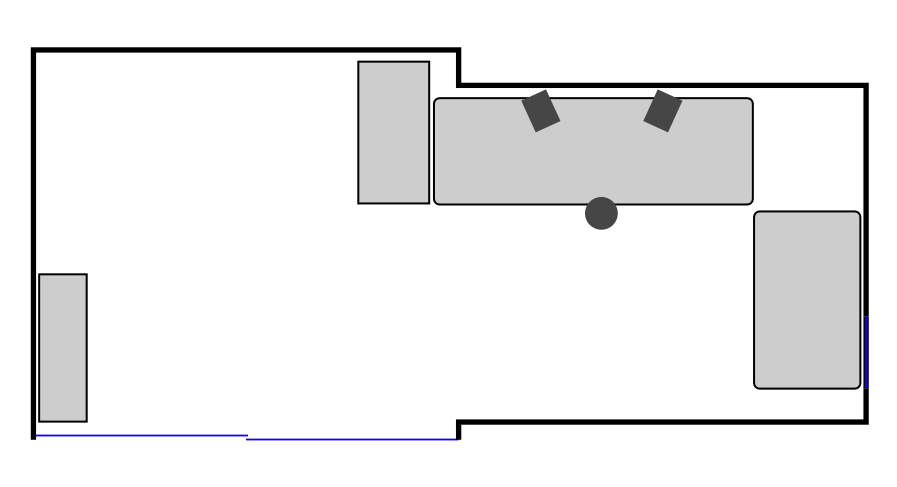 Worktops are in light grey. The speakers and listening point are shown in dark grey. In dark blue, the glass surfaces.

This laying out is far from ideal when it comes to acoustics : most books advise to place speakers facing the long side of the room. Nevertheless, there is a better visual sensation when being placed like displayed on the plan. The large mirror behind the speakers allows the exterior to be indirectly seen through the sliding door bay. Feeling well in the studio seems more important to me than theoretical rigour, so i chose to organise a functionnal and comfortable place without initially taking acoustics into account.

Here are the measurements taken at the listening point before any treatment: 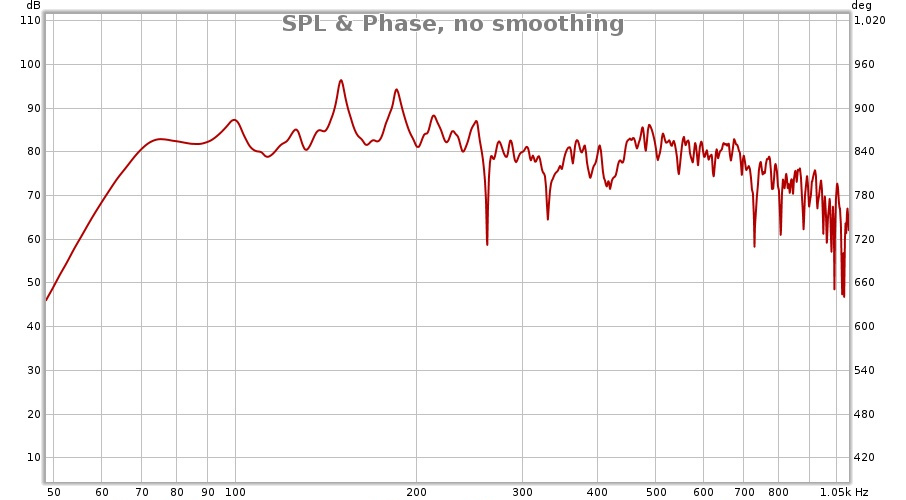 Frequency response of the room before treatment 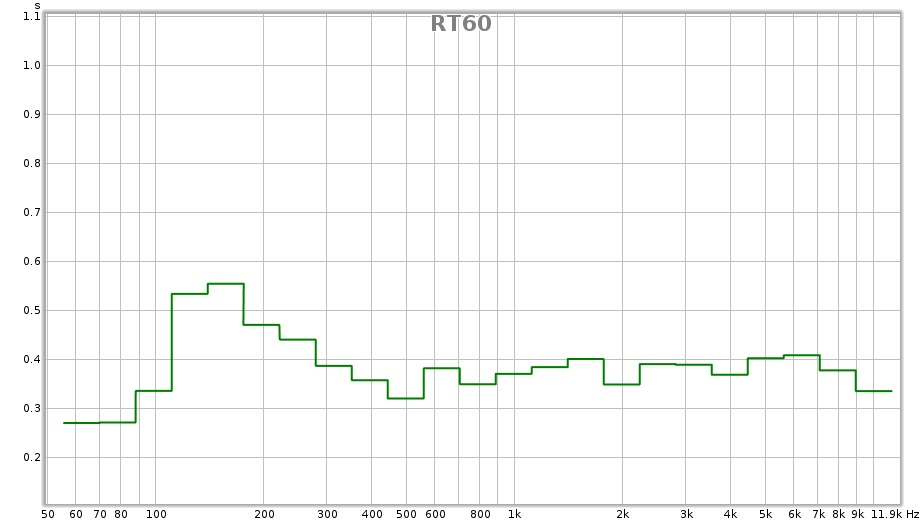 Walls inside the room are in plasterboard, mounted over rockwool. There are tiles on the floor. The wall/ceiling junction is not a 90° angle, but a 45° slope : this probably avoids some resonant modes. These are visible in the measurements, but are relatively contained. Although the basis is correct, the response of the room is somewhat erratic. It was hard to record a spoken voice without a slight flutter echo. Listening was kind of "blurry", due to the comb filtering induced by the wall behind the listening point.

After having read a few resources, i came to the following conclusion: in a small room, one has to use the most possible absorption.

Most DIY bass-trap or "broadband" absorbing panels use rockwool, placed in a wooden frame with some fabric stretched on top of that to prevent mineral fibers to fly all over the room.

In another studio, i had already made such panels, 10cm deep. The cost was modest, apart from the wood, but the making of the frames took quite a bit of time, and manipulating rockwool is a pain. Moreover, those panels must be somehow hanged to the walls, and one needs many of them to be satisfied with the result.

In my personal studio I wanted a cheaper, more effective, and neatest system, which would not require to drill into the walls. Some research brought me to conceive the following solution: 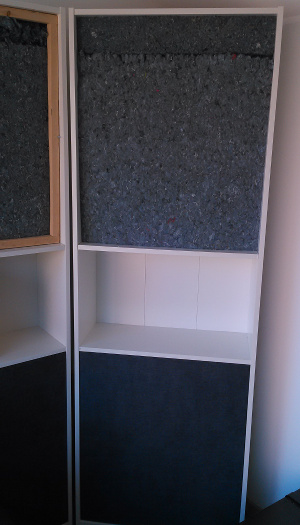 Almost finished module. At the bottom, a frame with stretched fabric is in place. On the top part, one can see the raw insulation material.

The frame is simply the cheapest bookshelf form the swedish ready-to-assemble brand. The middle shelf is structurally needed for the rigidity of the whole. I decided to leave a second shelf in so as to keep a storage space.

The insulating material (which plays the role of an absorbant here) is made of recycled denims. It's not very common but not too hard to find in France, i suppose the same kind of material exists in others countries as well. Compared to rockwool, it's easy to cut, one can touch it without gloves and the cost is only slightly higher. The width of a panel is 60cm which fits perfectly the bookshelves. The piece of furniture is 24cm deep, so one can put two layers of insulating material, eg. 20cm

Then one only has to assemble small batten frames, choose a fabric and staple it to those frames. I have gone the route of alternating between thick absorbing fabric, that acts more or less as a membrane resonator, and acoustically transparent fabrics that do not recreate a reflective surface.

I made 5 modules that i placed in the studio as follows: 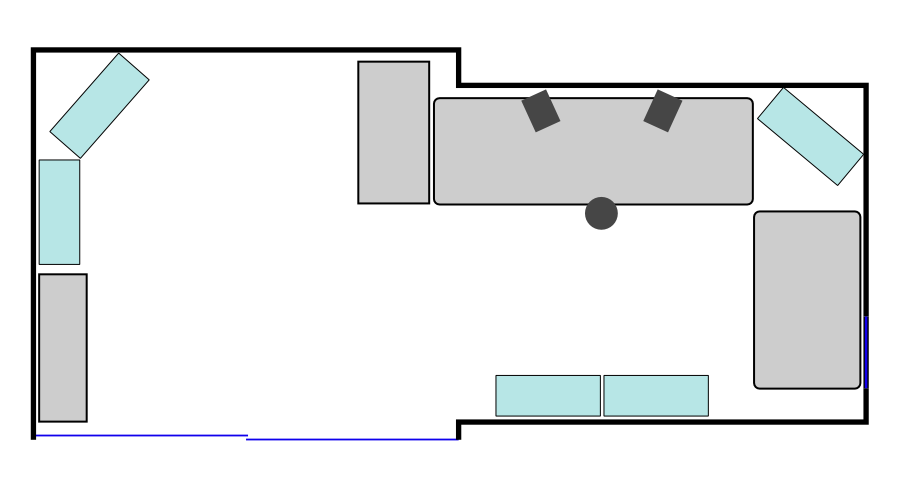 Modules are pictured in light blue.

The wall behind the listening point was the most critical, concerning reflexions. For that reason, the two modules placed on that wall do not have a storage space, but are filled from top to bottom. Placing modules in the available corners is a good way to efficiently tame the room modes. 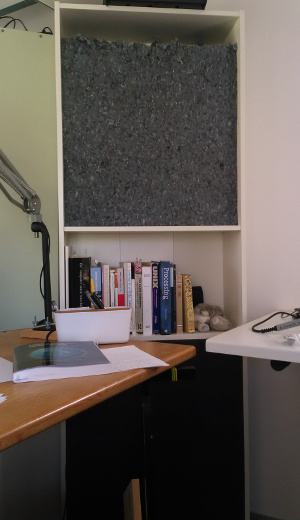 There is room left to store a few books !

Here are the measurements after having installed the modules: 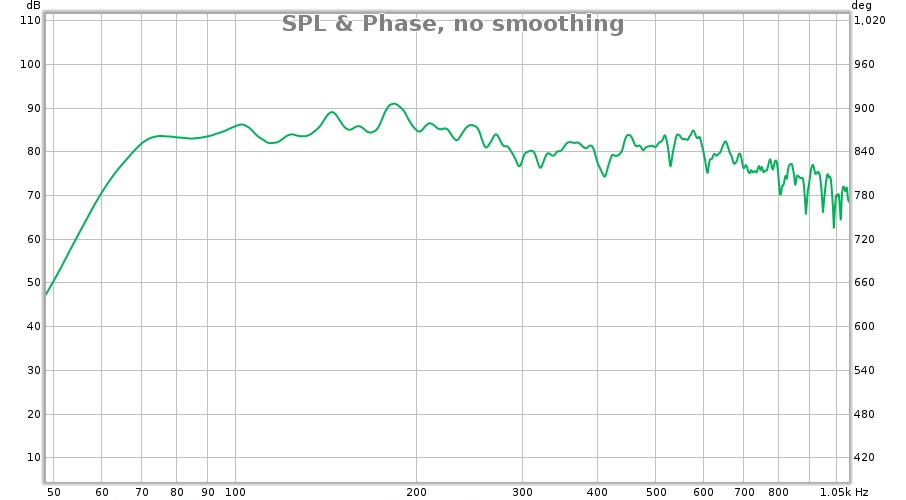 Frequency response of the room after treatment 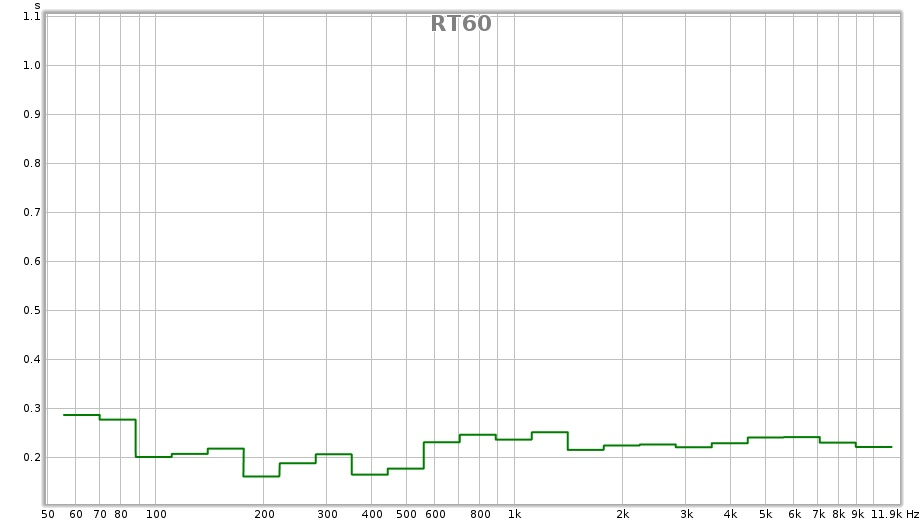 Before and after comparison (resp. red and green)

Before and after comparison (resp. red and green)

The results are very satisfying: the room is now quite dry, which fits perfectly my use case as well as my taste. Major problems are tamed, the listening is much more precise and mixes now translate well.

Approximate cost: ~19€ for the bookshelf + 19€ for the insulating material + 20€ for the fabric, namely 60€ and half an hour of work for a 180x60cm freestanding absorbing panel.